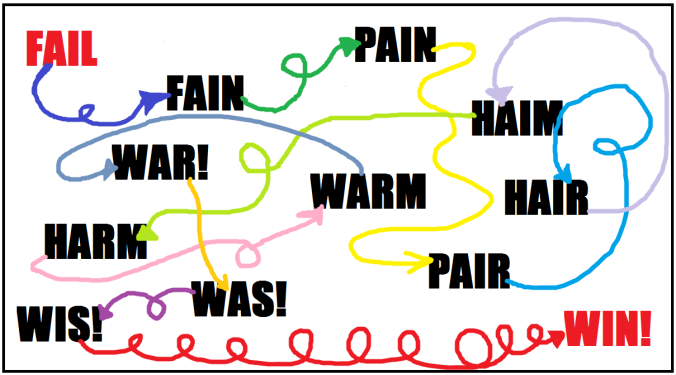 This week I failed.

On Monday, I found out that a feature-length script I wrote didn’t advance to the semifinals of the BlueCat Screenplay Competition.

When I saw I didn’t advance, I expected a sting in the place I squirrel away my sense of self worth, but it didn’t come. The next day, I expected to wake up feeling defeated, but I woke up feeling amped. None of it made sense.

I walked out to get some grocery store sushi and contemplate this lack of negative emptiness. An embarrassingly awesome pop song rolled onto my playlist and I found myself literally dancing in the street like I just won the standing long jump at my 9th grade track meet. It still made no sense.

I dug down. I riffled around in my emotions like they were inside the goddamned Tickle Trunk. I found the answer: Failure isn’t bad.

This failure, in fact, was actually disguised as a small success. It meant that, although I didn’t advance to the semifinals, I made it to the quarterfinals. Out of 3272 scripts, mine was one of 272 selected. Pretty rad, amirite? Before they announced the semifinalists, I went back and reread the feedback that was included as part of the entry fee. It was positive and validating, in spite of the fact that I didn’t advance.

In my rooting around, I also realized that failure is just one step on the long road to success. No one has ever succeeded without failing first. It takes a million gillion hours of working your ass off to make it to the point at which you can even begin failing. And if you manage to have the stick-to-it-iveness to continue failing, the succeeding is already queued up.

I guess most importantly, I realized that failing means trying. If you’re failing, you’re in play. You’re creating. You’re pushing. You’re hustling. You’re improving your craft. You’re becoming a master. I decided I’m going to heartily embrace failure, cause it means I’m on my way.